This Year It Will Be Different: Christmas Tales

This Year It Will Be Different: Christmas Tales by Maeve Binchy - PDF free download eBook

Maeve Binchy was born on 28 May 1940 in Dalkey, County Dublin, Ireland, the eldest child of four. Her parents were very...

Looking for this year will different christmas pdf to download for free? Use our file search system, download the e-book for computer, smartphone or online reading.

Details of This Year It Will Be Different: Christmas Tales 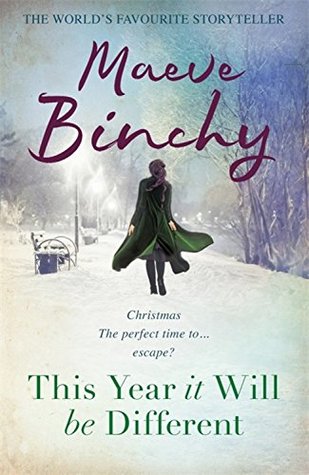 Maeve Binchy was born on 28 May 1940 in Dalkey, County Dublin, Ireland, the eldest child of four. Her parents were very positive and provided her with a happy childhood. Although she described herself as an overweight child, her parent's attitude gave her the confidence to accept herself for who she was.

She studied at University College Dublin and was a teacher for a while. She also loved traveling, and this was how she found her niche as a writer. She liked going to different places, such as a Kibbutz in Israel, and she worked in a camp in the United States.

While she was away, she sent letters home to her parents. They were so impressed with these chatty letters from all over the world that they decided to send them to a newspaper. After these letters were published, Maeve left teaching and became a journalist.

Maeve married Gordon Snell, writer and editor of children's books. When they were struggling financially, Light a Penny Candle was published, which made her an overnight success. Many of her books, such as Echoes, are set in the past in Ireland.

Some of her later novels, such as Evening Class, take place in more modern times. Her books often deal with people who are young, fall in love, have families, and deal with relationship or family problems. The main characters are people whom readers can empathise with.

She passed away on 30 July 2012, at the age of 72. Her cousin Dan Binchy is also a published writer, as is her nephew Chris Binchy.

Download This Year It Will Be Different: Christmas Tales as e-book

This Year It Will Be Different: Christmas Tales